No blog post last week as we were busy celebrating  Louis’ 18th birthday. What a great night! It was exactly what I’d hoped it would be – lots of dancing, lots of drinking and so many lovely friends and family to share the celebrations with. 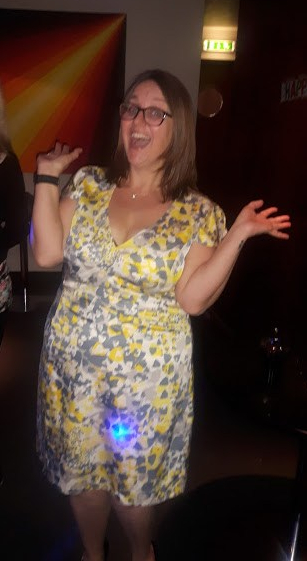 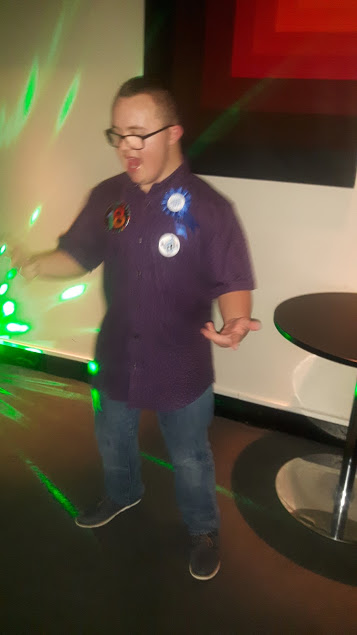 The cake was bloody (pun totally intended!) AMAZING! A massive thankyou to L. for making what can only be described as one of the best cakes I’ve ever seen – it totally put all the birthday cakes I’ve ever made Louis to shame (I made the shark fin cupcakes) 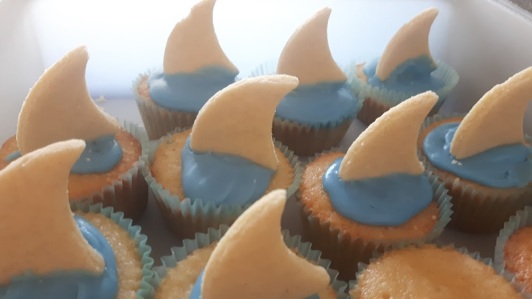 As you may have guessed from the cake the party was, very much shark themed (Jaws is Louis’ favourite film ever) On the Tuesday before the party, instead of taking my 2 helpers to the allotment we came home after college and made a shark photobooth. The boys worked really well together and we were all pretty pleased with the end result. 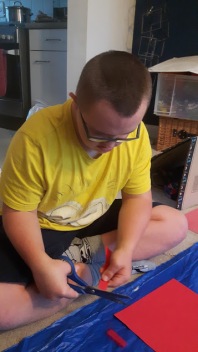 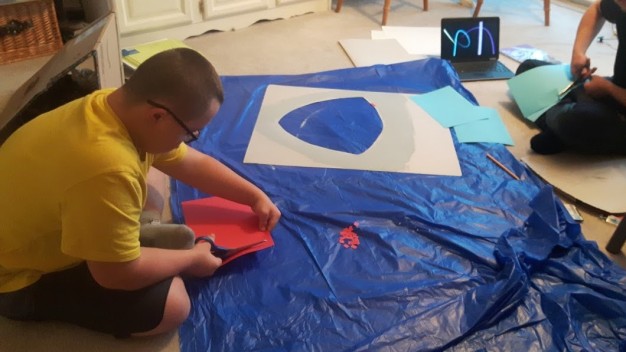 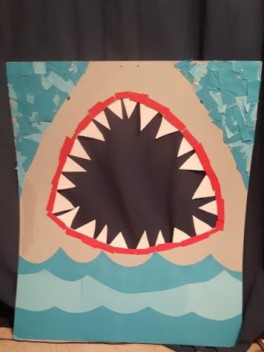 Unfortunately, we all forgot about it until nearly the end of the party when I had to run round frantically telling people to stick their heads through the shark’s mouth while we took a photo! 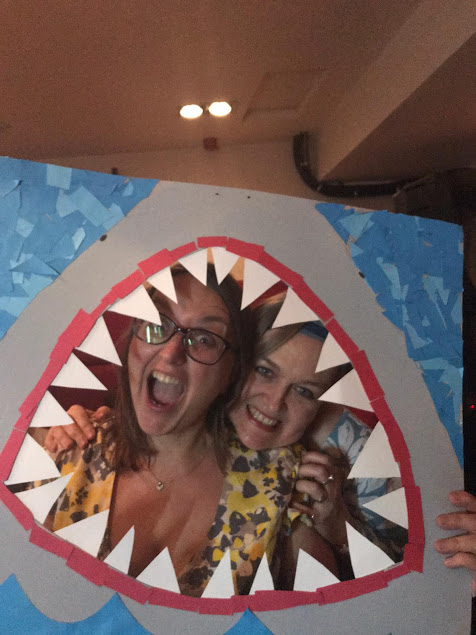 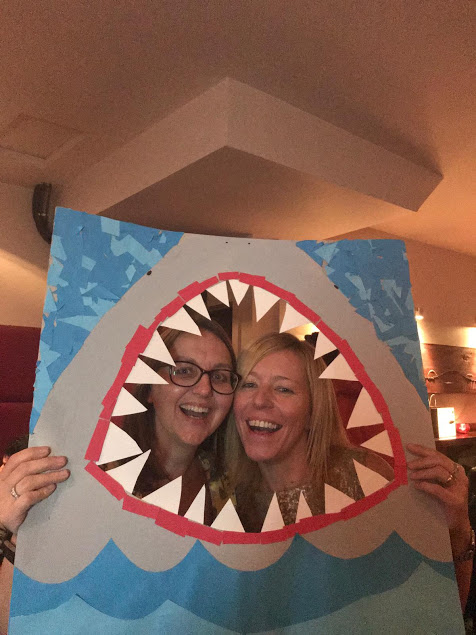 Louis opened his birthday presents and cards when we got home (thankyou to J. for delivering us home safely) A combination of lots of enthusiasm (Louis) and lots of gin (me!) meant he opened a few presents before I could work out who they were from. I managed to work out who most of them were from but we’re left with one unaccounted present – a drone. I’ve asked if anyone has any idea who gave it to him but it remains a mystery.

I haven’t been down to the allotment for 2 weeks. I was really hoping to find time this week, after Louis’ birthday celebrations had finished but I’ve just been too busy. J. the lady who runs Random Cafe – the food waste cafe I volunteer at, has been in hospital for nearly 2 weeks now and in those 2 weeks we’ve had a couple of extra events to cover. As I’m no longer working I’ve partly (along with other volunteers) taken on J.’s role and helped to organise the extra events. We catered for a local special needs school’s xmas fair which was really hectic but well worth it for the publicity and the money raised – the school raised around £2000. Amazing! 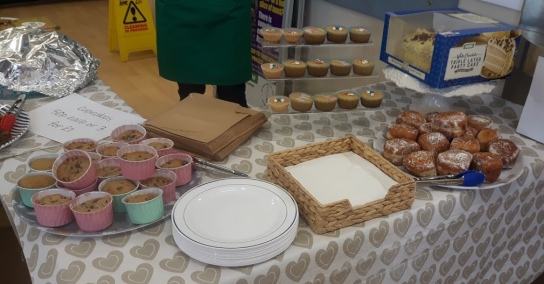 This week we catered the launch of a re-use shop at our local recycling centre. I suspect that will always rate as one of our more unusual venues! Again, it all went really well and there was lots of interest in what we are doing to help combat food waste. 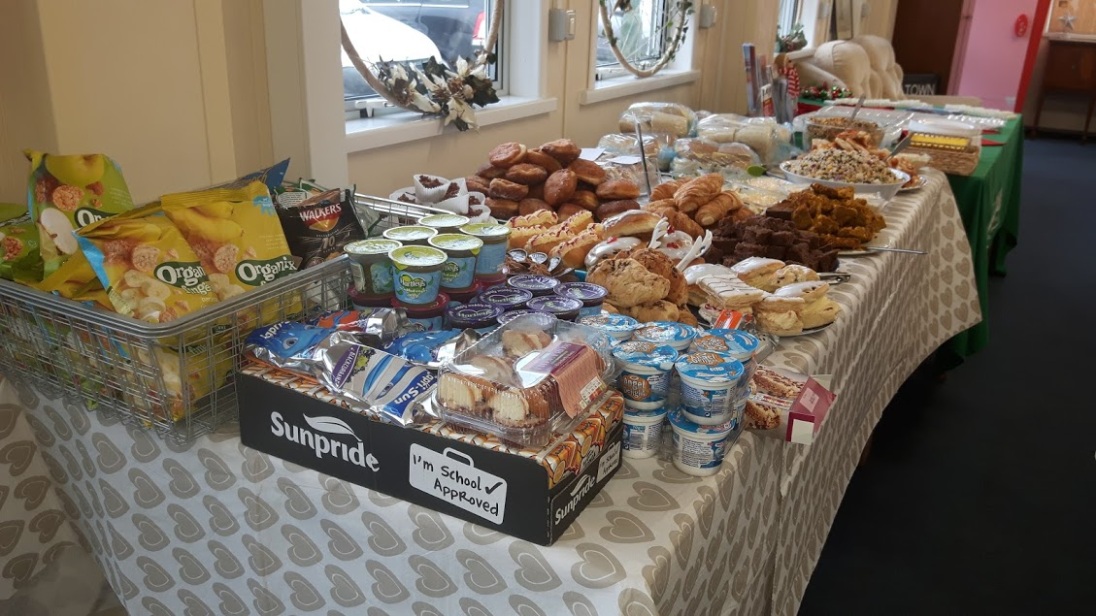 I’m really hoping things calm down a bit this week and I can make it down to the plot to carry on with the work I’ve started on the extension. J. is still in hospital (get well J. x) but we have no extra events booked, just the normal Saturday cafe so, hopefully things will start to settle down a bit. I am in a slight panic about what I’ll find when I’m next on the plot. I woke up this morning worrying about my brussel sprouts! I have visions of them having been completely decimated by white fly or whatever the hell else eats brussel sprouts! I guess I’ll find out this week.