We had a great start to the week with 2 visits to the plot. I spent nearly all day there on Monday and I took my 2 helpers after college on Tuesday. After the good start it all went downhill and rain stopped me visiting for the rest of the week.

On Monday morning Michelle and I were at the allotment by 10. Between us we carried all the bags of wood from my plot to my car. There’s still a pile of wood on site which is too long to fit in my car but, this afternoon I bought a shiny new saw so I can cut them into more manageable lengths. You have no idea how excited I am to be let loose with a saw but I should probably warn the local A&E!

So, Michelle and I filled my car with bags of wood and headed to the local tip. When we arrived there was no one else there. We were the only car – it was quite surreal. Neither of us have ever experienced a completely empty tip before! We were both so weirded out by it we stopped to take photos before we started to empty the car. It didn’t last long and within minutes 4 or 5 cars had driven in but it was weird while it lasted. We emptied the car – it was so much quicker than normal because I was able to park right next to the correct container and we didn’t have to dodge all the other people and cars and, as a thank you for her help I took Michelle for lunch.

I dropped Michelle home and I headed back down to the allotment. I wanted to make the most of the weather – beautifully sunny and unusually warm for late February. I concentrated on the area behind the fruit trees again. I didn’t make a huge amount of progress. I spent most of the afternoon on a particularly stubborn blackberry bush root which I had to leave in the end because it was so deep.

I’d picked up a raspberry cane on my travels and decided to plant it in the large tub the potatoes were in last year. I love raspberries and I spend a small fortune buying them so it will be great if I can grow some of my own. The instructions on the packet told me to soak the roots in water for an hour before planting however, the instructions also told me to plant within 24 hours of purchase (how does the plant know when I purchased it?!) so I dismissed the instructions as nonsense and listened to Michelle who had advised me to just plant it and give it a good water. This sounded like much more sensible advice. 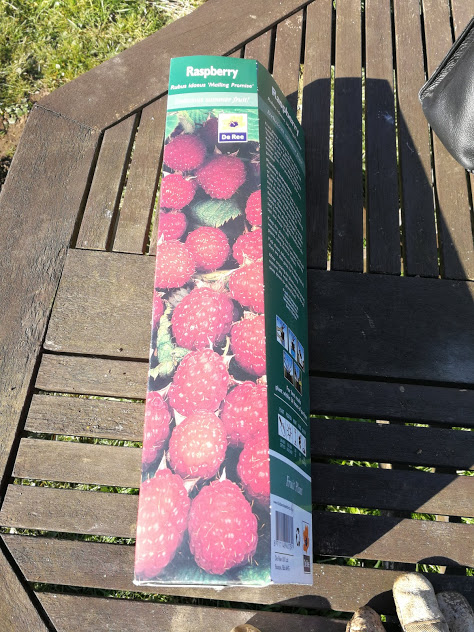 After college on Tuesday my 2 helpers were excited about joining me on the plot again. Well, helper number 2 was excited as he hadn’t been on the plot since before christmas. Louis was a bit less excited about the whole thing but seemed to enjoy himself once we were there. Louis concentrated on what has become his bed. At this stage I am happy to let him get on with it but we’ll have to decide what we want to grow there soon. 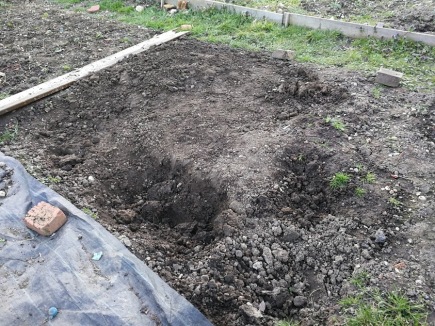 My other helper joined me clearing the area behind the fruit trees. I’d  left the stubborn root the day before and between us we managed to dig it up. He then helped me clear and bag up some of the rubbish we’d dug up and we left it at that, quite pleased with ourselves.

I was hoping to be able to work on the plot today – I try to make it down there at least once over the weekend but it rained all day so it didn’t happen. Michelle did pop down there first thing and I met her when she’d finished and we went for breakfast at the local garden centre. It was my turn to put out the garden waste bins for the allotment and, bless her Michelle did it for me while she was there. I must remember to take them back in tomorrow.

As I haven’t been able to work on the plot much this week I’ve spent some of my time baking. I love baking and experimenting with new cake recipes and volunteering at the cafe every weekend gives me an excuse to do both. As part of the food waste donations the cafe very often receives boxes of cake mix which I am more than happy to use (they are super quick and easy to use and taste delicious) They normally require the addition of eggs, some oil and sometimes milk. Recently I’ve experimented in ways to make them vegan by looking at egg substitutes. This was originally prompted by some donations of apple sauce which can be used as an egg substitute – it works really well in bread pudding where the mix is supposed to be a bit stodgey but it really doesn’t work in sponge cake where the mixture needs to be light and definitely not stodgey. This is obvious to me now but it wasn’t last summer when I attempted to make a tray bake using apple sauce instead of eggs. Of course the whole cake sank! Being a food waste cafe there was no way I was throwing away a whole cake so I had to come up with a way of using it and chocolate balls were born! 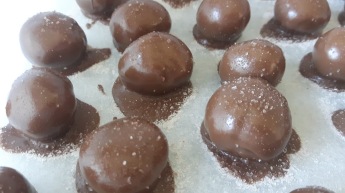 I recently discovered chia seeds can be used as an egg substitute – I haven’t tried these yet. You can also buy ‘Egg Replacer’ which I have tried. It looks like baking powder and with the addition of a small amount of water you end up with what looks like frothy egg white. You simply add this to your cake mix and bake as normal. I used the egg replacer to make some Victoria Sponge inspired cupcakes this week. They turned out ok and went down well at the cafe on Saturday and, more importantly they didn’t sink! 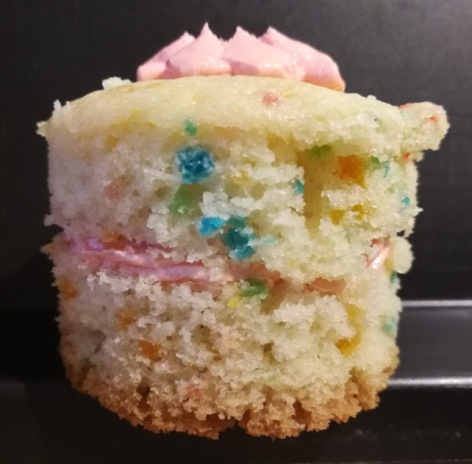 That’s it for this week. I’m pleased with the progress behind the fruit trees but wish I could have made it to the plot a bit more. Hopefully next week will be better allotment weather. 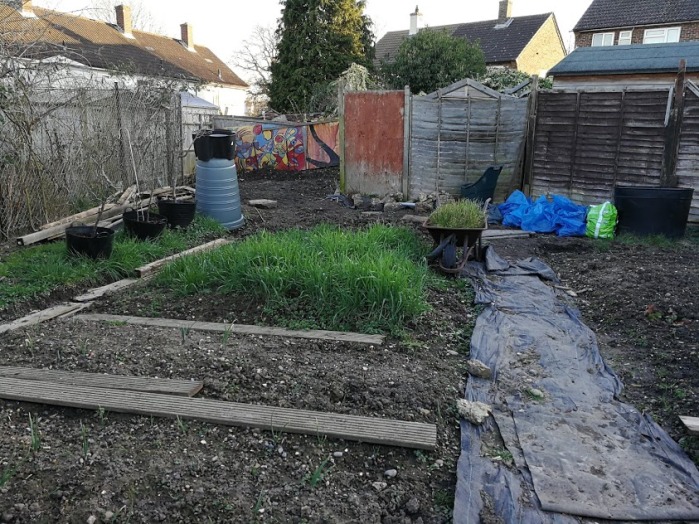 Hoping to be able to get the water butts in place behind the shed next week. 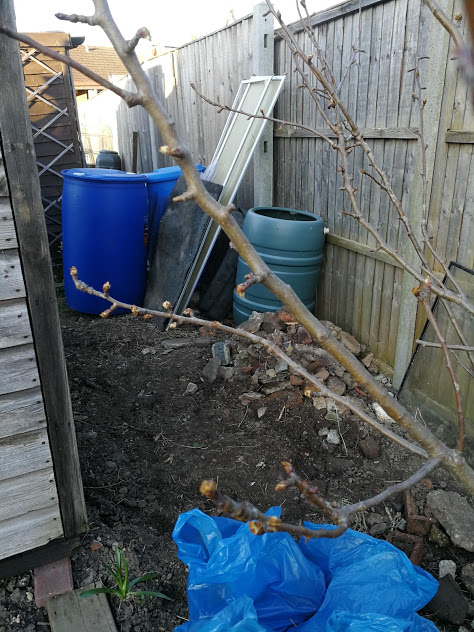 One thought on “Week 55 – Egg Substitute and A Stubborn Root”