I know I haven’t written any updates for a while (I think this is the first one this year) but I felt I had to write a quick post today as it’s my 2nd birthday on the allotment. I know! 2 years! It’s hard to believe it was 2 years ago, I was finally able to call plot number 8b mine. Here’s a quick reminder of what it looked like 2 years ago. 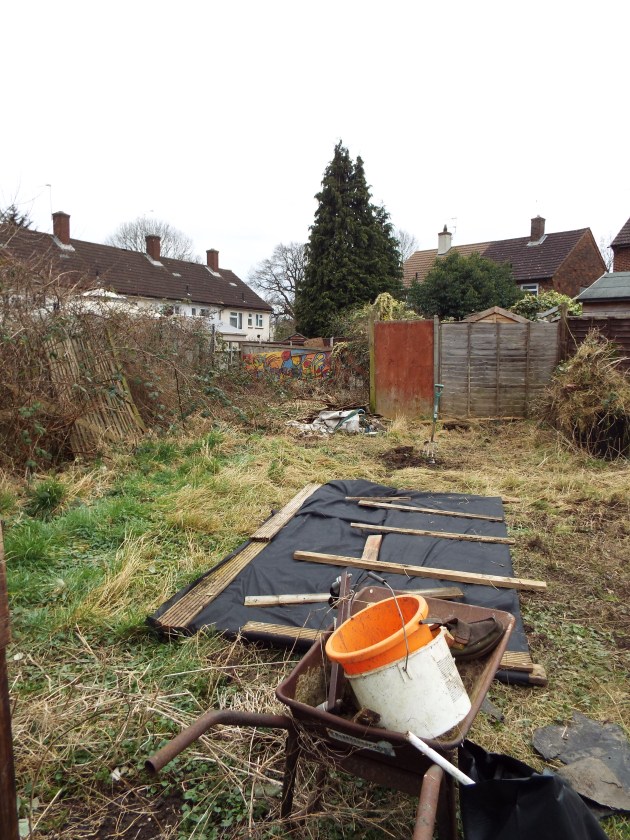 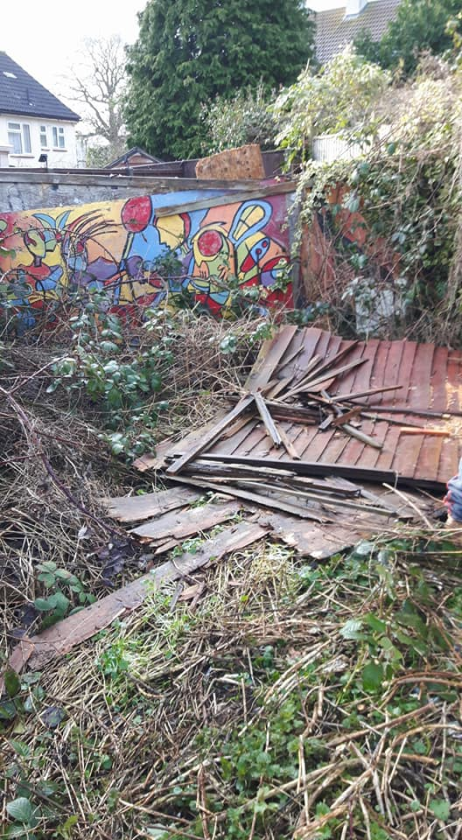 I feel I’ve come a long way since I took on my little plot of overgrown weeds and brambles. I’ve certainly learnt lots and managed to grow quite an array of fruits and vegetables including peppers, pumpkins, onions, leeks, strawberries, cucamelons, squashes, courgettes (marrows), spinach, tomatoes and of course rhubarb. 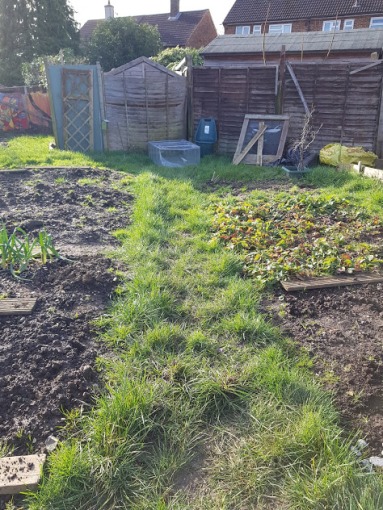 I find the difference in the colour between the photo from 2 years ago and this morning absolutely incredible. 2 years ago I took over an area of brown land covered in rubbish and today I have a wonderfully green allotment plot. I’m pretty proud of that!

This growing season hasn’t really got going yet and all I’ve done so far this year is regularly top up the compost bins with kitchen scraps but I’m looking forward to all the wonderful plants I’m going to grow. As well as the usual – squashes, pumpkins, onions, leeks, strawberries and rhubarb I’d also like to have a go at growing aubergines.

I did visit the plot last week with my sister who was visiting for the weekend. It was a flying visit, mainly so my sister could see what the allotment looks like in real life. I picked some of the spring onions, which I’ve used a few times since in salads. There are still loads left on the plot – I may be sharing these with friends as I’m not sure we’ll be able to eat that many.

As you can see from the following photo my plans to move the water butts from the back of the shed to the side have, so far come to nothing and the water butts remain resolutely behind the shed! They are, however all steadily filling up with water. Great – lots of water is exactly what I’ll need come the summer… until it dawned on me, I’ll have to empty each of the water butts before I’ll be able to move them to their new positions. This is going to be a lot of work. 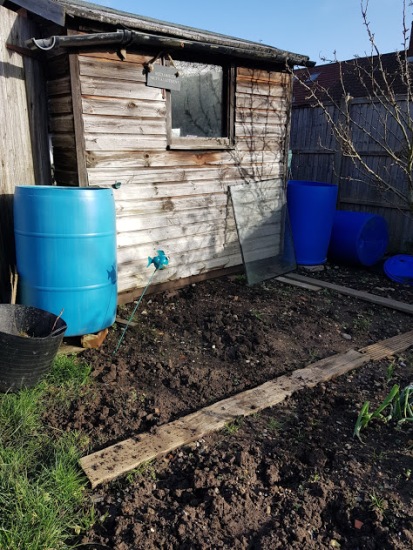 No damage to my plot from Storm Caira over the weekend. The plastic greenhouse had blown over but, to be fair that’s been known to end up on its side in a light breeze so I was pretty lucky it was still on the plot at all, and not relocated to a neighbouring garden. Even my neighbour’s fence that I felt sure would not survive, was standing! The fence had blown down in the previous strong winds and, looking at the way it had been put back up I felt sure it would not be upright when I arrived on the plot this morning. Clearly I shouldn’t judge other people’s fencing skills because it withstood the storm perfectly.

While I’ve not been on the plot Louis and I have been busy at home. We’ve decorated his bedroom. It just needed freshening up really so we changed the flooring, painted a wall (his colour choice!) and bought him a new bed. Thank you Jane from the cafe for the fab new Lion King duvet set! 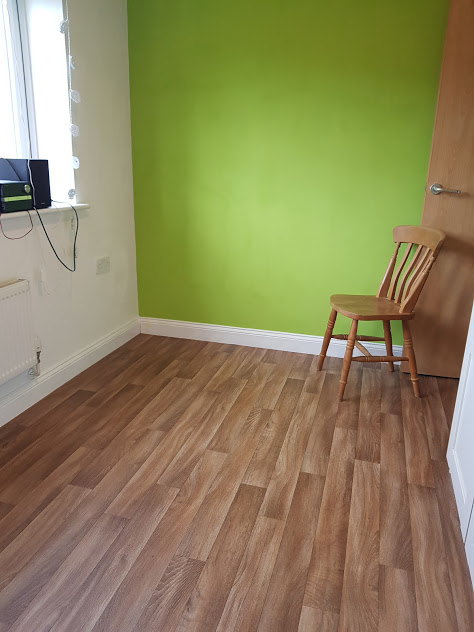 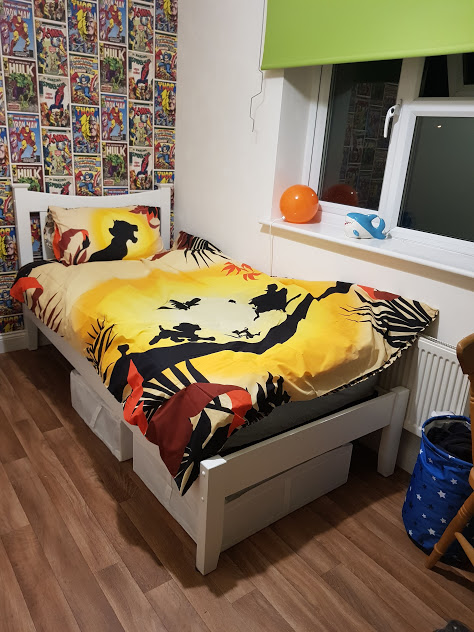 The days are definitely beginning to lengthen – it was still light at gone 5pm today despite it being rainy and overcast all day. I’ve promised my 2 helpers we’ll be back on the plot in the next couple of weeks – we have seeds to sew and weeds to pull up! I’m really looking forward to another season of growing and spending lots more time outdoors.